The controlled lands of Princess World are relatively small, an island of order amidst an ocean of chaotic wild energy. Princesses are those who through legacy, effort or accident can channel this energy. They're part magical girl and part demigod-avatar and part regular teenager in way over their head.

You're one of them. You recently graduated Princess Academy and for whatever reason someone gave you responsibility for a frontier kingdom, a tiny hard-won bubble of stabilised chaos at the very edge of the known kingdoms, surrounded by temperamental shields, pressed right up against the shifting wild lands with all of its monsters and elementals and raw magic and absolute uncertainty.

It's yours, princess. Yours to build into something stable and lasting. Yours to defend against the dangers of this strange and wondrous world. Yours to prove worthy of ... or yours to fail.

Princess World: Frontier Kingdoms is a tabletop roleplaying game based on the Forged in the Dark framework, intended for a group of 2 - 5 players. It's a sequel (of sorts) to Academy Adventures, although you don't need to be familiar with that game to enjoy this one.

The tone is fluffy but weighty, like a lead marshmallow. In Princess World magic is everywhere and princesses wield great power with relative ease, but people are still people and feelings are still feelings. Actions have consequences, entropy must constantly be fought, and even if the power of friendship is a quantifiable force it won't necessarily conquer all. If you're excited by the idea of characters exchanging barbed pleasantries at a party one moment and facing down enormous monsters in a shower of heart-shaped sparkles the next, this might just be the game for you.

If you'd like to get an idea of how it all comes together at the table, here's a replay of a playtest campaign: ShadowMint.

The first Princess World: Frontier Kingdoms sourcebook, Frontier Society, contains rules for attending and hosting parties and princess fighting tournaments, includes greatly expanded information on each faction with a frontier focus, and has an extended example of a frontier princess party.

The second sourcebook, The Wild Frontier, focuses on the wild lands beyond the borders of frontier kingdoms. It includes information on elementals, mega-elementals, treasure palaces, living dungeons, rogue libraries, relics, monster lairs, and more. In addition there are some examples of wild lands weirdness that princesses might encounter, such as time-altering spins, time-stopping freezes, and those never welcome chaos nexuses. Finally, frontier-focused information and mechanical notes on a whole bunch of common monsters.

The third sourcebook, Stochastic Reign, doesn't in particular focus on anything. Instead it's a collection of new and alternate rules, including a variant system on dealing with harm, Dramatic Harm (which I highly recommend, it's great, it's fabulous, I love it), rules on rivals, and some variant starting situations including reclaiming fallen kingdoms and rescuing failing kingdoms. 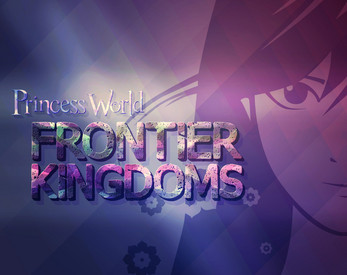 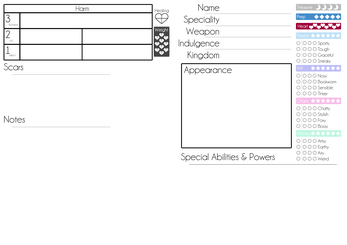 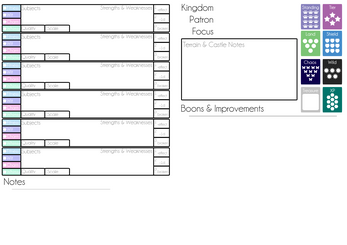